The resurrection of Jesus Christ is among the central teachings and doctrines of Christianity. It is the main belief that sets Christianity apart from other religion. For this reason, many scholars, great thinkers, and philosophers throughout the human history have sought to find evidence of this earth-shaking and monumental event.

If Jesus lived and was resurrected, then we have a SAVIOR. This should change everything that we ever believed in. If the resurrection is a historical fact, then every single human being on this earth should stop and consider what He taught, said, and did.

For us, Christians, how can we prove the resurrection of Jesus Christ? Are we left to leave everything on blind faith? Of course, NOT! There are pieces of Biblical evidence that we can use to prove Christ’s resurrection. Since this can be a lengthy topic, I will just make this as simple and short as possible. Let me reduce my points to only five.

According to the Bible, Mary Magdalene, Mary the mother of James, and Salome approached the tomb of Christ to anoint His body with spices (Mark 16:1). They were shocked to find the heavy stone rolled away and saw a young man sitting on the right side. They were then instructed by that man to tell the disciples of Jesus that He has already risen.

In this point in time, it is very important to note that the society of the day considers the testimony of women as of low regard. Women are not even allowed to testify in a court of law.

So we must consider, if someone fabricated the story of Christ’s resurrection (as some of would imply), they should not have chosen women to be the first witnesses of Jesus’ empty tomb. On the other hand, the Gospel writers did not just recorded that women have found it first, they have even named them! This is a proof of the confidence of the Gospel writers on the resurrection of Jesus Christ. 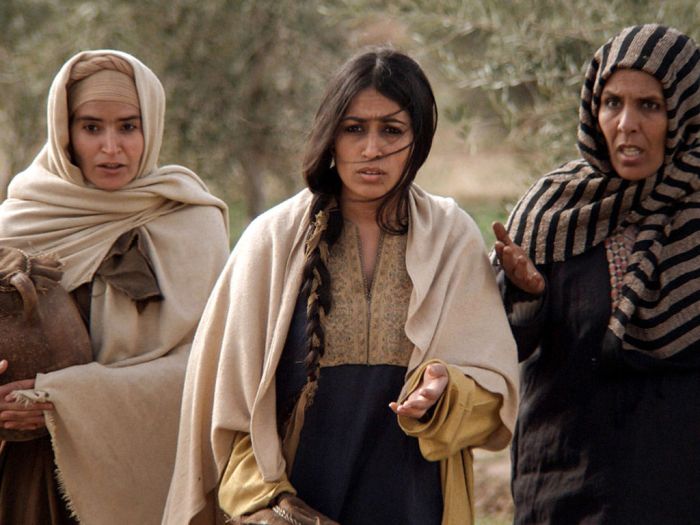 Method no. 2: The Enemies of Christ acknowledged the tomb is empty

Matthew 28:11-15 tells us that the enemies of Christ did not even bother to refute the fact that the tomb was really empty. But instead, what did they do? They BRIBED the roman soldiers and instructed them to tell a lie that they concocted themselves! They made a lie that the disciples took the body by night. This is the best explanation they can come up with!

Of course, we need to remember that the disciples have been so discouraged at this time. They have been so frightened by the event that they forsook Christ. We can be certain that they would not have the courage to dare overcome trained and experienced roman soldiers and snatch the body of Christ.

Method no. 3: Many have seen the resurrected Christ

After being resurrected, Jesus was not just seen by a few group of people. He was seen by hundreds of people at the same time!

When all hopes fade, Jesus rose again and appeared in front of many of his followers! Can you even imagine that? Can you imagine seeing a dead person alive again?

Remember that the Apostle Paul is speaking here. So how Paul did know about this? Simple: he personally talked and interviewed the same people whom Jesus appeared to! He even mentioned that MOST of whom are still alive. So in case that Paul was lying and the resurrection was just a hoax, these people (whose name even written and some of the prominent figures) can easily dispute his letter right there and then!

Other instances include Jesus appearing in a bodily form (Luke 24:36-43). He also appeared to the Apostles on the shore of the Sea of Galilee where he did another miracle and even ate with them.

Some critics dismiss this a mere hallucination. Of course, this is impossible since Jesus was seen by different people at the same time.

Method no. 4: The miraculous transformation of the disciples

We all have read how the disciples deserted Jesus Christ during His darkest hour. We have seen the cowardice and lack of boldness on the part of the disciples. They thought that they can stand beside Christ all the way but when the push came to shove, they all ran away.

Now, take that image of the disciples as cowards, chickens, and weaklings and compare that after they have seen the risen Christ. The difference is just astronomically DIFFERENT!

We have seen that the Christ’s apostles suddenly transformed and emboldened. Once they are cowards hiding behind their closed doors, now they have the courage to publicly stand in front of a big crowd proclaiming the same message that Jesus proclaimed!

For the disciples, there is nothing more authentic than seeing the resurrected Christ! They suddenly and dramatically developed the zeal to do the mission that Jesus gave them. If anyone who have seen Christ after knowing that He was dead would surely develop the same mindset and attitude.

10 of the original apostles were martyred with John possibly dying on the island of Patmos. They are willing to die for something that they knew was true. If the disciples are just crazy and fanatic group of people, do you think they would have the motivation to fight for what they believe and even dying for it?

The answer should be obvious by now. They know that Jesus died and now have been resurrected. For them, the resurrection of Jesus is the confirmation of their faith and the proof of all the rewards Jesus had promised for all those people who will overcome unto the end!

Method no. 5: The thriving of the first-century church

A person can fool some people, but that person cannot fool all people at the same time. This is certainly true when it comes to the resurrection of Jesus Christ. Because of the boldness of the apostles of Christ, the church exponentially grew!

After the Apostle Peter gave his powerful sermon on the day of Pentecost, we have seen thousands of people converting to Christianity.

Given with the situation during the first century, it will be difficult for Christianity to grow and expand. There have already been thousands of religion in existence during that time. Certainly, people didn’t need another religion. However, we have seen how many people have seen the proof of Jesus’ resurrection and have convinced that He was really the Son of God.

The resurrection of Jesus Christ is a historical FACT. You can’t deny its historicity. To learn more about this very vital topic, I highly recommend that you read Jesus Christ: The Real Story. This booklet will give you a deeper insight into the real life story of Jesus Christ.

Again, Jesus Christ lived, died, and rose again. Of all the founders of religion, it was only Jesus’ tomb that was found empty. It is not a question whether Jesus was resurrected or not. The question now is, will you accept His redemptive sacrifice and start building a stronger relationship with Him and God the Father? The answer solely depends upon you. It is my sincerest hope that you will make the right decision and that decision should be made now.

Check out my latest book, How to Live a Victorious Life! 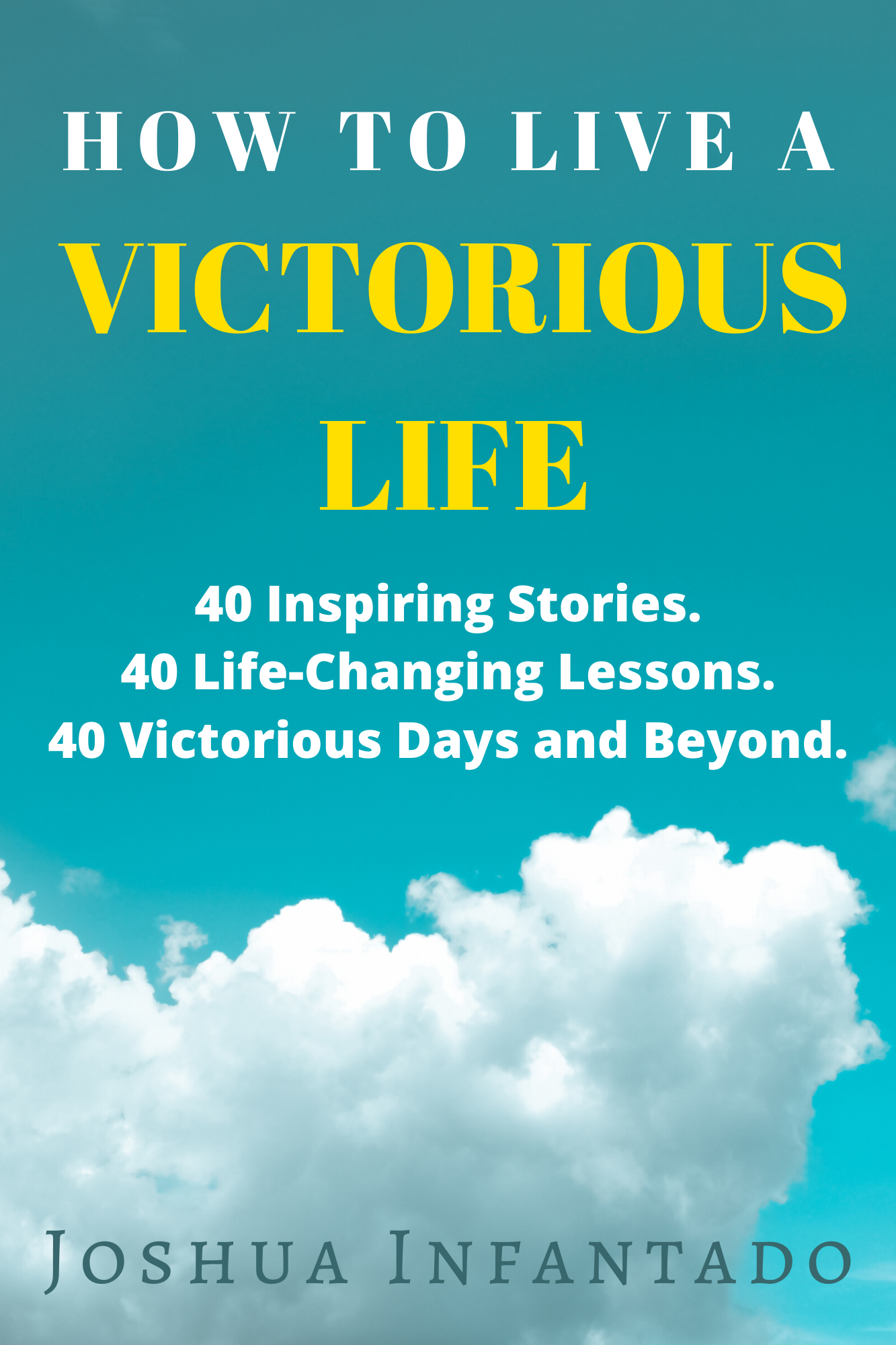