With homosexuality becoming an accepted lifestyle, more and more Christians are wondering, if people practice homosexuality, can they be saved? Is it possible for a homosexual to be a Christian? Most importantly, what should be the attitude of Christians toward homosexuality?

Those were the words I once heard from an overly zealous self-proclaim “Christian” yelling on top of his lungs during a protest against homosexuality.

While they might think that they are doing the right thing, they are simply pushing away people instead of bringing them to Christ.

There is no doubt, the issue of homosexuality has become a hotly debated topic. With the increasing pressure of accepting the gay or lesbian lifestyle, Christians are becoming weary each day to give up on their stance and see homosexuality as something moral, acceptable, and right.

There is even an increasing number of pastors who claim that the Bible is outdated and Christians should now accept this lifestyle.

How about you? Do you believe that a gay or lesbian can be saved or become a Christian at the same time? In this post, let me share a brief answer to this question.

Homosexuality is the same as other sins

The problem with some people is that they treat homosexuality as the worst sin of all when in fact it isn’t. People are too quick to point out the sins of others while their lives aren’t free of it as well.

Homosexuality is not the worst of all sins.

In I Corinthians 6:9-10 we can read that it was mentioned alongside with other sins.

Singling-out homosexuality as the worst of all sins is a mistake.

If you assume that a homosexual should never be saved, then you NEED TO APPLY the same principle to fornicators, idolaters, adulterers, thieves, drunkards, covetous people, revilers, and extortionists.

However, we don’t see this often in our society. We don’t commonly see the same condemnation being done to other types of sin. We don’t see rallies bent on condemning or stopping these sins.

We often see fornication is being glorified in the mainstream media and yet, we don’t see the same outrage. We see people commit adultery and yet, we tolerate it. We see so many Christians today who are covetous, having inordinate and uncontrollable desire to have more.

All these sins are sins. They all demand the penalty of death.

Can a homosexual become a Christian?

Before I answer this question, we need to see whether that homosexual is STRUGGLING against the urge of getting attracted to the same sex or that person don’t see the need to fight his or her natural tendency.

If a homosexual decided to be a Christian, then that person must be willing to follow Christ and the commandments of God.

Part of that commandment is to STOP the practice of homosexuality. We must remember that homosexuality is a sin and like any other sin, it should be repented of and overcame.

HOWEVER, if a homosexual wants to be Christian and yet, does NOT exert effort in overcoming his or her urge to be attracted to the same sex, then there is a problem.

The life of a Christian is a life of overcoming.

If that person doesn’t see the need to overcome this sin – he or she still goes on practicing homosexuality – then, that person cannot and will not be a Christian.

Now, don’t get me wrong. The same principle is also true with other sins. If you still choose to live a life of sin, to continue committing fornication, adultery, drunkenness, and other sinful behavior, then you are NOT a Christian.

You are just playing Christian.

A Christian is a Christian because he follows Christ. He must be willing to do whatever God demands of him and that includes overcoming sin.

So, to answer the question, “Can a homosexual become a Christian?” The answer is YES.

By overcoming his sin.

“And such were among you”

I believe, I Corinthians 6:11 is a very powerful statement. After enumerating all these types of sin, Paul said, “And such were some of you. But you were washed, but you were sanctified, but you were justified in the name of the Lord Jesus and by the Spirit of our God.”

Paul is simply telling the Corinthian church that some of them had been homosexuals, adulterers, fornicators and others.

But did they continue to live in sin? Absolutely not!

People who want to be a follower of Christ must abandon their sin and strive to ultimately live a sinless life. The same goes for homosexuality. You cannot serve God while continuing to be a homosexual.

You need to repent, change and be committed to following God.

Of course, the STRUGGLE will always be there. That doesn’t disqualify you from being a Christian. All of us have struggles to deal with. The MOST IMPORTANT thing is, you struggle. It simply means that you know it’s wrong and you want to change it through the help of God.

Can a homosexual be saved?

Now, let us go to the crux of the matter.

Can a lesbian, gay, bisexual, transgender, and other people who have a deviant sexual orientation be saved?

“But God demonstrates His own love toward us, in that while we were still sinners, Christ died for us” (Romans 5:8).

Here’s the truth straight from your Bible.

Jesus Christ or Yahshua the Messiah died for us NOT when we are already righteous, but He died for us WHILE WE WERE STILL SINNERS!

Did you grasp the profound meaning of this statement? It means that even if we were sinners, we rebel against God, we break His commandments, Jesus still died for us!

So, what does this mean? It means it is not too late.

HOMOSEXUALS CAN BE SAVED.

However, not in ways this world thinks. Homosexuals can be saved by accepting God in their lives and along with that acceptance is the commitment to turn their backs from homosexual practices.

We are all sinners and Jesus died for us. However, this does not mean that all we do is believe and accept Christ. No, God never intended it that way.

Our decision to follow God must not just remain as a fuzzy warm feeling inside. It must be translated into our lives. It must behoove us to do what God expects from us and that includes turning our backs from sinful behavior.

Every one of us grapples with sin.

Homosexuality is no exemption.

Be it homosexuality, covetousness, lying, and stealing, if you want to fully follow God, you need to put off the old man and put on the new man (Ephesians 4:24).

We cannot say that we love God and yet not follow His commandments. This makes us a liar (I John 2:24).

Homosexuality, like any other sin, must be defeated. If you are struggling with this sin, seek help. Pray to God and make it a point to really do your best in overcoming this sin. God is more than willing to help you.

Because when we overcome and through the grace of God, we will be part of His future Kingdom. 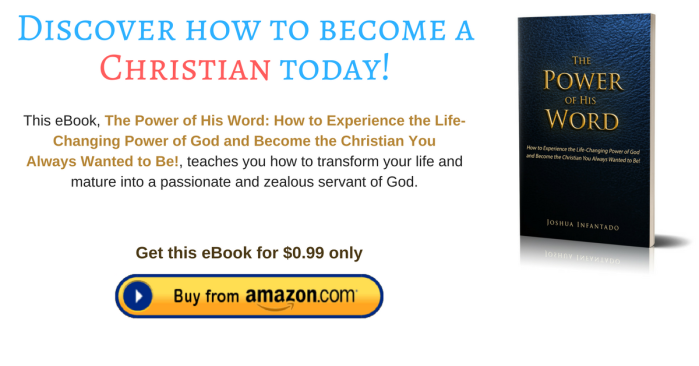 6 thoughts on “Can a Homosexual be Saved?” 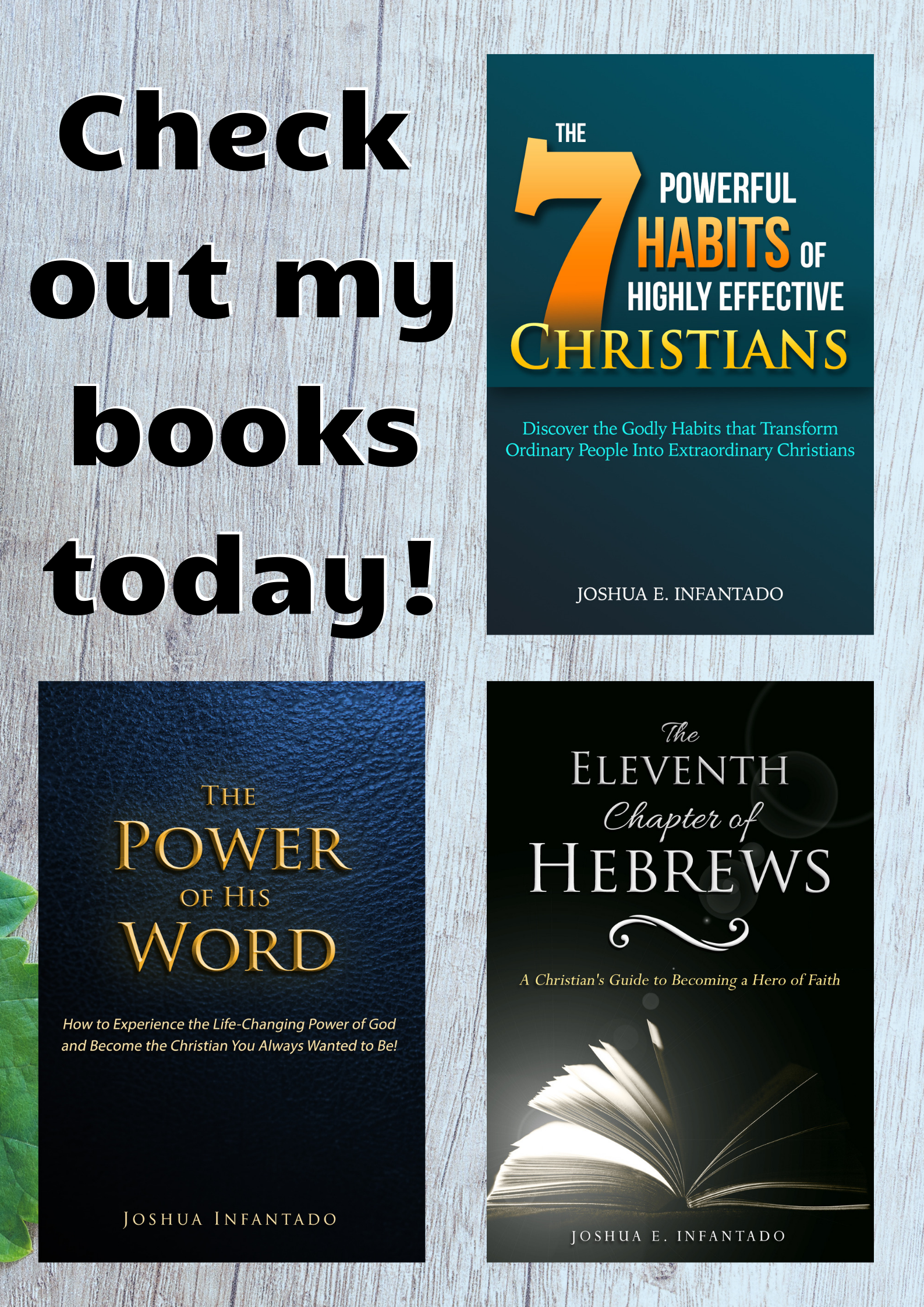