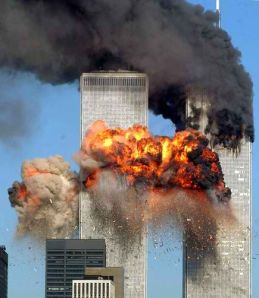 September 11, 2001 is one of the most significant dates in the history of man. It was the day that the United States was attacked by terrorists with three airplanes hitting its most popular landmarks. The world was awed with how vulnerable the most powerful ruling nation in our time. It has challenged the ability of United States. It challenged the whole western nations. The United States is never the same again after the attack.

All in the name of religion

More than 3,000 people died on that fateful day. Now that we again commemorate this day, we try to reminisce and take a look at what happened that day and what have we become today.

There is no doubt that the terrorists have done this merciless crime against mankind in the name of religion. As this might be the case, half of the world was celebrating as they watched smoke billowing over the burnt supremacy of the United States.

Was religion really is to blame with the majority of conflicts and sufferings that we are witnessing today? Undeniably, we can blame “religions” as to why these things are happening. This is the sad state of religion today. Not only is 9/11 as a monumental testimony of what people can do when motivated religion, we can see throughout the history of mankind that we are marred with so many sadness because of religious campaigns. Instead of giving us hope, the majority of religions are becoming the main source of conflicts today.

Will we ever see things changed?

Events such as 9/11 serve as a reminder that we are looking for a better world, a better home, a better society. In this strife-torn world, we are given hope from the pages of the Bible that one day God will establish His Kingdom here on earth to put an end to all suffering.

Today, we see so many religions. Unfortunately, all of these religions are counterfeit. Revelations 12:9 tells us that this world is deceived by Satan and there is no great wonder why there is so much pain in suffering in this world since Satan is known as the god of this world (II Cor. 4:4).

Time will come when everything will change. The glorious future is pictured by the festivals of God mentioned in Leviticus 23. True Christians still keep these feasts today and in the future: now as we are nearing the Day of Atonement, we are once again reminded that Satan will be bound to prevent him from influencing human beings. Sin will finally be removed from this WORLD! Afterwards, we will taste the heavenly Kingdom of God through the Feast of Tabernacles. Finally, all people will be judged on that Last Great Day!

It is such as pity when we only remember God when there are problems in our lives. In addition to this, it seems that we do not have any problem when we invoke God’s name every time the sailing gets tough. But when all things are smooth and problem-free, people will try to remove God from the picture as hard as they could.

Now as we remember 9/11, let us also remember God – not only during this time, but all the time. Let us remember God today and be reminded of His love towards the whole of humanity. The sufferings in this life will surely come to pass as we look forward to the establishment of God’s government here on this Earth.

You Can Understand Bible Prophecy

One thought on “Remember 9/11, Remember God”