This blog is about the inspiring story of Soichiro Honda and what Christians can learn from his life.

All the tantalizing façades of success have deceived many people into thinking that success is something that you get because of luck. Some people would even think that the road to success is a straight and easy path. But in reality, it is actually a crooked path full of twists and turns.

This concept is accurately demonstrated in the life of a man named Soichiro Honda. He was born Tenryu, Shizuoka, a small village near Mount Fuji in Japan. His father was a blacksmith who ran a bicycle repair business while his mother is a weaver.

Soichiro is not interested in traditional education. As a matter of fact, Soichiro did not have good grades. Instead, he was very amazed when he saw the first car being driven in his small village. He also borrowed his father’s bicycle just to see an airplane exhibit. He spent more time in his Father’s bicycle shop than studying. He was often found to be full of soot and grease. He even got the nickname ‘black nose weasel’. So at very young age, he fell in love with machinery and invention.

After reading an ad in a newspaper, Soichiro decided to leave home and travel to Tokyo. There, he was able to land a job in Art Shokai, an auto repair shop. But as the youngest employee and without formal education, he was assigned to cleaning the shop and preparing meals for the workers.

However, with persistence and hard work, the owner of the shop eventually allowed him to be part of a new project to design a racing car. On November 23, 1924, their team took the first place at the fifth Japan Motor Car Championship.

During Soichiro’s stay in Art Shokai, the auto repair shop rose to be one of the biggest garages in the whole of Tokyo. The shop grew and established many other branches in different provinces. At age 21, he headed one of the branches in the town of Hamamatsu. He was a very successful man during that time.

A man with a vision

However, for Soichiro, this is not the type of success he was looking for. He was still living in the shadow of Art Shokai. He decided to invent a new type of piston ring. He proposed this to Art Shokai, but not even a single director supported his project.

So he left Art Shokai and from there, he spent hours tirelessly in developing his priced piston ring. He was literally living in his shop trying to perfect his own invention. He was so engrossed and drenched in his passion that he would not give up until he would be able to come up with results. Years have passed and his effort did not come to any fruition. What he thought would be an easy task turned out to be an uphill battle.

Because of this, his attitude toward education changed. So he came back to attend school and decided to acquire all the necessary knowledge from the technological school of Hamamatsu. There, he was able to invent a new cooling system for race cars. He was able to solve the problem of engine overheating. With his newfound invention, he decided to join a major competition. He became a car racer and compete for the gold.

In 1936, Soichiro almost died. The car he was driving crashed during a high-speed rally in Tama River. His face was damaged. His left arm was fractured. His shoulder was dislocated. And his car was unrecognizable. That was the time he quit racing.

He went back to his desire to invent a piston ring. He invested every money he had. He came to the point that he no longer had the money that he was forced to pawn his wife’s jewelry to stay in business. 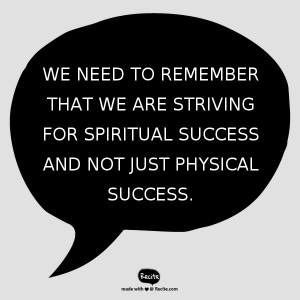 Finally, he was able to create the piston ring that he wanted. Full with confidence and hope, he went to sell his work to the Toyota Corporation. But to his great disappointment, all his sleepless nights and tremendous labor did not produce his desired results. Toyota found his piston rings as substandard. He was sent back to school for two more years and suffered the ridicule of his instructors and fellow students.

However, rather sulking in pain and depression, he decided to refocus his mind on his goal. After finishing his study, Toyota finally gave him the contract that he dreamed. He was so happy about this turnaround. He knew that his effort and sacrifice now paid off.

When things seemed to go smoothly, a new problem arose. At the time he was about to build his own factory, the Japanese government was preparing for war. He needed concrete to build his factory but all the concrete available was given to the government.

Instead of quitting and throwing the towel, he did not focus on what seemed to be very unfair. He didn’t let his dream die out. Instead, he and his team invented a new way to create their own concrete and successfully built the factory.

After finishing to build the factor, it was bombed twice. The bombing destroyed major portions of the manufacturing facility. What was Soichiro’s response? Well, he encouraged his men to pick up the gasoline cans left by the U.S. fighters and called them “gifts from President Truman”. These cans were not available in Japan at that time and they happily used them as one of the raw materials to manufacture their products.

When the factory was functioning and back to business, an earthquake struck Japan and completely destroyed his factory.

A glimmer of hope soon to shine

Soichiro was ready to quit. He sold his piston ring to Toyota and decided to live a simple life in his hometown. However, the passion and great desire to produce result did not leave Soichiro. At the time he was about to retire, there was a great shortage of gasoline in Japan that only a few cars were able to travel.

So Soichiro decided to invent something again. He attached a small motor to his bicycle. His neighbors saw the invention and asked him if he could also make one of his “motorized bikes” for them. The demand rose that he ran out of motors. He wanted to build a plant to manufacture his “motorized bikes” but he didn’t have the capital to do so.

Knowing Soichiro, he did not quit. He resolved to find a way no matter what. He thought of writing a personal letter to 18,000 bicycle shop owners in japan. He wanted to convince them that his invention would revolutionize the transportation system in the country. Out of 18,000, he was able to convince 5,000 shop owners.

With his new capital, he was able to build a plant. However, not many people bought his bike because it is too big and bulky. Knowing the problem, he did not quit and head back to the drawing board. From there, he made one final adjustment and he named his motorbike, “The Super Cub”.

The bike was welcomed by so many people that it became a best seller. He began to export his motorbikes to the baby boomers of Europe and the United States. With his new business becoming successful, he started to fulfill one of his forgotten dreams – building cars.

And the rest is history… 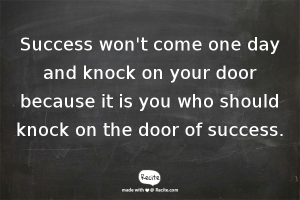 Soichiro Honda was the founder of the multi-billion dollar and multi-national Honda Motor Company. Honda is a world famous brand that almost everyone would immediately recognize.

He died on August 5, 1991. His contribution to the world will never be forgotten. But more than that, he showed everyone, even the ordinary man, that there is no substitute for hard work.

What can Christians learn from the life of Soichiro Honda?

There are a lot of lessons we can learn from the life of Soichiro Honda. As Christians, we are also told that “we must through many tribulations enter the kingdom of God” (Acts 14:22).

The life of a Christian is never easy. It comes with struggles, defeats, and failures. In fact, if God wasn’t patient, merciful, and loving, no one could ever be saved. However, through God’s grace, we are able to stand up again and do better next time. The problem only comes when we stopped struggling and quit the race toward the Kingdom of God.

Moreover, as Christians, we need to realize that there is no shortcut to success. That’s why no matter what your endeavor in life is, be it in your career, schooling, family, or relationship with others, you need to put in the effort. Success won’t come one day and knock on your door because it is you who should knock on the door of success.

Someone once said that the road to success is always under construction. So when failure beats you to your knees, remember to stay persistent, committed, and motivated because that is just a normal part of our life.

More importantly, we need to remember that we are striving for spiritual success and not just physical success. Soichiro Honda is no doubt successful in this life, but that is not our only goal. We have a higher calling and the reward of that calling is BIGGER and more fulfilling ins so many ways that we can’t imagine. That’s why we have more reasons to strive and give our best in achieving success in our Christian walk.

Here’s a book that you will surely love to read, Outliers: The Story of Success by Malcolm Gladwell. It has attained 4,600+ Amazon reviews and obtained 4.5 out of 5 Stars.

In this stunning new book, Malcolm Gladwell takes us on an intellectual journey through the world of “outliers”–the best and the brightest, the most famous and the most successful. He asks the question: what makes high-achievers different?

His answer is that we pay too much attention to what successful people are like, and too little attention to where they are from: that is, their culture, their family, their generation, and the idiosyncratic experiences of their upbringing. Along the way he explains the secrets of software billionaires, what it takes to be a great soccer player, why Asians are good at math, and what made the Beatles the greatest rock band. (Get your copy here.)