It has been said that one-third of the Bible is made up of prophecies. Some were already fulfilled while others are still yet to take place. With so many Biblical prophecies to choose from, it is sometimes difficult to determine where we should begin. As this might be the case, I would suggest that it would be great to start with one of the earliest prophecies in the Bible. We go to Genesis 3:15. 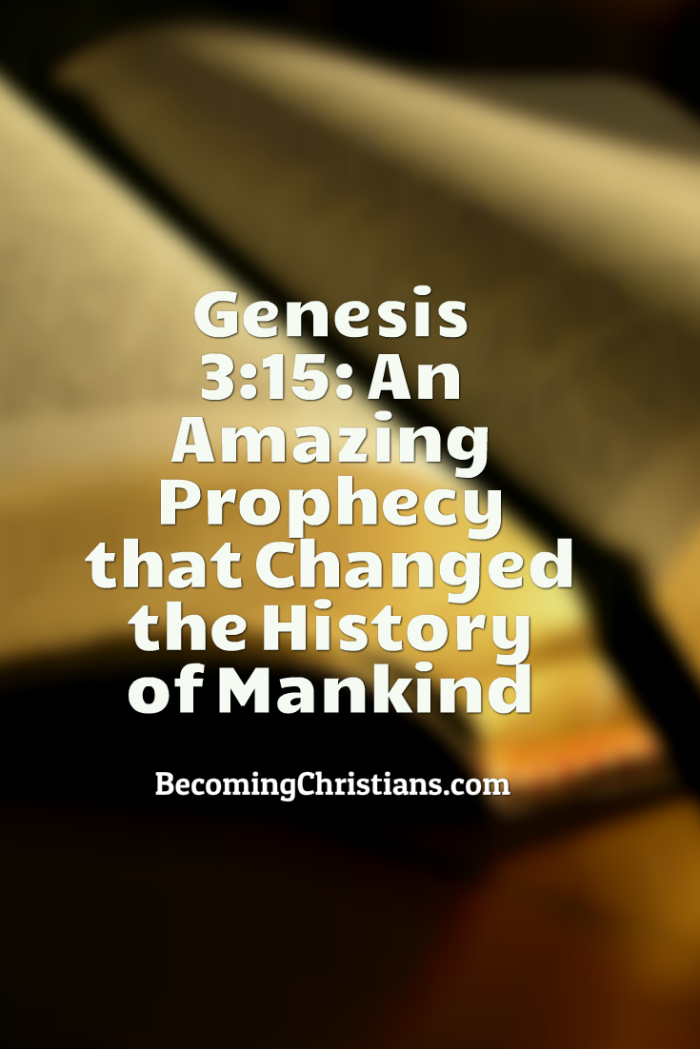 The prophecy that changed the history

“And I will put enmity
Between you and the woman,
And between your seed and her Seed;
He shall bruise your head,
And you shall bruise His heel.”

God was the one talking in this verse. He was speaking to the serpent who deceived Eve and led them, including Adam, to sin. Revelation 12:9 identifies who this serpent was. It was no other than the Devil and Satan.

God commanded Adam and Eve not to eat of the forbidden fruit. However, because of the craftiness of Satan, sin has entered into mankind.

So let us examine this vital biblical prophecy and take a look at future victory promised to all the followers of Christ.

The enmity between Satan and the children of God

After cursing the serpent, God went on to say, “And I will put enmity between you and the woman.” What does enmity mean? It came from the Hebrew word, eybah, which means “hostility or hatred”.

So God put hostility or hatred between Satan and the woman. It is worth noting that Satan presented himself to Eve as a friend. He has convinced Eve that he is someone that she can trust. Eve believed Satan to the point that she trusted Satan more than God.

Even if we talk about the literal meaning of this verse, we can see the fulfillment of this prophecy. Serpents or snakes are among the most hated and despised animals around the world. Women, especially, hate and are afraid of snakes.

Therefore, this is the first thing that God wants to establish between man and Satan. God intends to destroy that unholy and despicable friendship we have with Satan. If we are made to be an enemy of Satan, then we can now be a friend of God.

Like what I Corinthians 10:21 said that we “cannot drink the cup of the Lord and the cup of demons and partake of the Lord’s table and of the table of demons.”

Notice as well in this verse that the enmity has to extend to the offspring of Eve. It says, “Between your seed and her Seed.”

WE CAN SEE THAT THE DEVIL HAS HIS OWN SEED! How is this possible? Satan can’t reproduce himself since he is a spiritual being. The Apostle John gave us the answer:

“In this the children of God and the CHILDREN OF THE DEVIL are manifest: Whoever does not practice righteousness is not of God, nor is he who does not love his brother” (I John 3:10).

So whoever does not do the commandments of God, he is a seed of the Devil. This prophecy has been given thousands of years ago and yet, we can see how enormous the enmity between the seed of the Devil and the children of God. 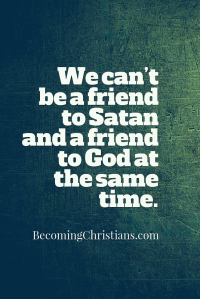 Today, it does not take a genius to conclude that Christianity is the most persecuted and hated religion around the world today. Even throughout the century, we have seen how Christians were MARTYRED for their beliefs. This hatred can even be traced as far as the first ever recorded murder in the Bible. Abel was killed by Esau because of his righteous acts.

The woman is also symbolic of the church. So we can see how the church of God, the true Church that Jesus built, had been attacked throughout the century. We have seen the tremendous hatred of Satan toward the Church of God to the point that he is SUCCESSFUL in dividing it.

The battle between Satan and Christ

Here is the most interesting part. God said that He will put enmity between “your seed and her Seed”. So what or who is this Seed? Galatians 3:16 tells us:

“Now to Abraham and his Seed were the promises made. He does not say, ‘And to seeds,’ as of many, but as of one, ‘And to your Seed,’ WHO IS CHRIST.”

Clearly, the Seed referred in Genesis 3:15 is no other than Jesus Christ.

Though the serpent will be able to bruise the heel of Christ through crucifixion, this is not as fatal as the injury he will receive in his head. The word bruise here can be translated as “wound”, “crush”, “attack”, or “strike”.

The NIV translation rendered this verse as “He will CRUSH your head, and you will strike his heel.” Snakes always stay low so they usually hit the bottom part of our body. The serpent was only able to strike the heel, which in comparison, very MINOR to what Christ will do to him. Christ will CRUSH the serpent’s head. Crushing the head of a serpent will render that serpent powerless if not dead.

This symbolizes the ultimate and complete defeat of Satan. Revelation 20:10 reveals what the final fate of Satan will:

“THE DEVIL, WHO DECEIVED THEM, WAS CAST INTO THE LAKE OF FIRE AND BRIMSTONE where the beast and the false prophet are. And they will be tormented day and night forever and ever.”

The prophecy of hope

We have seen how the Genesis 3:15 succinctly and accurately summarized the whole story of mankind. Though our first parents rebelled and sinned against God, there is still hope. Indeed, the first prophecy is about the curses of sin and the difficulty that each of us must face.

Part of this prophecy has been fulfilled and being fulfilled before our very eyes. However, we are still looking forward to the time when the removal of sin and Satan will finally be accomplished.

God already made a pronouncement that the conclusion of all these things will be a joyful and momentous event. Satan, the deceiver, will ultimately be CRUSHED AND CONQUERED by no other than the Messiah, the very Son of God.

Yes, this life may be filled with trouble, pain, and suffering. But at the end of it all, when the dust finally settles, we can have the confidence that there is HOPE. We can always look at the end of the Bible and read the final events leading up to the establishment of God’s Kingdom.

3 thoughts on “Genesis 3:15: An Amazing Prophecy that Changed the History of Mankind”