Jesus Christ is no doubt the most popular teacher whose influence is still with us today even after 2,000 years had passed. He had made an astounding and audacious claim to be the very Son of God. He has lived a short life. For much of His life, He only taught a handful of people and later, many followed His teachings and this gave birth to Christianity.

There are billions of people who call themselves “Christians”. However, the sad fact remains that majority of these so-called Christians hold inaccurate and false beliefs about Christ. In this post, let me share with you 7 of the most popular false teachings about Jesus Christ.

False teaching no. 1: He died to free us from keeping the law

Most Christians would claim that we don’t have to follow the commandments of God since all we need is love. Sad to say, this has led many to confusion. Let us hear what Jesus has to say:

“Do NOT think that I came to destroy the Law or the Prophets. I did not come to destroy but to FULFILL. For assuredly, I say to you, till heaven and earth pass away, one jot or one tittle will by no means pass from the law till all is fulfilled. Whoever therefore breaks one of the least of these commandments, and teaches men so, shall be called least in the kingdom of heaven; but whoever DOES and teaches them, he shall be called GREAT in the kingdom of heaven” (Matthew 5:17).

Jesus, Himself, said that He did not come to destroy the law but to fulfill it. He came to the world to magnify the law. So instead of just keeping the letter of the law, He commanded all His followers to keep its Spiritual intent.

This is the main reason that He explains in the later verses of Matthew 5 that adultery is also lusting towards women; killing is also hating one’s brother; and so on and so forth.

The plain truth is this: Jesus died to save us from the penalty of the law which is death, but He did not die so that we are free to violate the law.

False teaching no. 2: Jesus has a long hair

Most commentaries agree that Jesus Christ did not have a long hair. It is just not part of the Jewish culture for men to grow their hair long. If Jesus had long hair, He could have easily been spotted by the Roman soldiers. But they have to hire Judas to point out which of them is Jesus Christ. Later, the Apostle was inspired by God to write this:

“Does not even nature itself teach you that if a man has long hair, it is a DISHONOR to him” (I Corinthians 11:14)?

False teaching no. 3: Jesus is born on December 25

This should be obvious by now. There is no biblical evidence to support this claim. Instead, there are numerous passages in the Bible to dispute that Jesus is born on December 25. The false church has chosen December 25 to replace a pagan celebration. So Instead of celebrating the birth of Christ, where you can’t find any command to do so, they are celebrating the birth of Mithra, the Persian god of light and sacred contract.

False teaching no. 4: Jesus is the only child of Joseph and Mary

Jesus was conceived through the power of the Holy Spirit (Luke 1:35). God chose Mary to be the human mother of Jesus and Joseph as His foster father. Many falsely assume that Mary was a perpetual virgin, but the scripture tells us the opposite. Jesus, in fact, has, at least, six siblings.

“Is this not the carpenter, the Son of Mary, and brother of James, Joses, Judas, and Simon? And are not His sisters here with us?” So they were offended at Him” (Mark 6:3).

False teaching no. 5: Jesus Christ went to Church on Sundays

When we read the four Gospels, you will read that Jesus kept the seventh-day Sabbath, which God commands to observe. He did not go to church on a Sunday like many Christians would assume. There are numerous instances when Jesus kept the Sabbath:

“So He came to Nazareth, where He had been brought up. And as His CUSTOM was, He went into the synagogue on the Sabbath day, and stood up to read” (Luke 4:16).

It is the custom and habit of Jesus to go to a synagogue and keep the Sabbath. Jesus later confirmed that He is the Lord of the Sabbath in Mark 2:27-28:

“And He said to them, “The Sabbath was made for MAN, and not man for the Sabbath. Therefore the Son of Man is also Lord of the Sabbath.”

Finally, you need to notice that Jesus is the LORD OF THE SABBATH and not the Lord of Sunday. So when you go to the church during Sunday, who are you worshiping since Jesus explicitly said He is not the Lord of that day?

False teaching no. 6: Jesus died on a Friday afternoon and rose up on a Sunday morning

Jesus Christ said that He will be in the grave for three days and three nights.

Let’s do the math. If Jesus died on a late Friday afternoon and rose up on an early Sunday morning that is just equivalent to 2 days and 2 nights. But Jesus said He was in the grave for 3 days and 3 nights. So who do you think lied? Jesus or humans? Obviously, humans.

So what is the truth? The truth is that Jesus died on a Wednesday afternoon and rose up near sunset at the end of the weekly Sabbath. I recognize that this is a very big topic so please take the time to read this article to learn more about this vital subject.

False teaching no. 7: Jesus is a Created Being

This is a baseless assumption that has deceived millions of Christians today.

The fact is this: Jesus has eternally existed. He is not a Created Being and He has been with God the Father ever since. Here are some of the scriptures to prove this.

“But in these last days he has spoken to us through his Son. He is the one through whom God CREATED the universe, the one whom God has chosen to possess all things at the end. He reflects the brightness of God’s glory and is the exact likeness of God’s own being, sustaining the universe with his powerful word” (Hebrews 1:2-3).

These verses tell us that it is THROUGH JESUS CHRIST that God creates the entire universe.

“And to make all men see what is the fellowship of the mystery, which from the beginning of the world hath been hid in God, who created ALL things by Jesus Christ” (Ephesians 3:9).

“For by him [Jesus Christ] were ALL things created, that are in heaven, and that are in earth, visible and invisible, whether they be thrones, or dominions, or principalities, or powers: ALL THINGS WERE CREATED BY HIM, AND FOR HIM: AND HE IS BEFORE ALL THINGS, AND BY HIM ALL THINGS CONSIST” (Colossians 1:16-17).

These verses tell us that ALL things are created by Jesus Christ. This means ALL, no exception. If Jesus was a created being, then how can Jesus create Himself? It just doesn’t follow basic logic.

This should also prove that Jesus is more than a man. He is a God who became flesh to give the entire human race the chance to be part of God’s Kingdom.

These are just some of the amazing facts about Jesus Christ. These facts should disprove the widely held beliefs of Christians. As what Revelation 12:9, Satan has DECEIVED THE WHOLE WORLD. So it is not a big surprise for all of us to see that majority of Christians are blinded to these facts.

However, you can know the truth and these truths you are now learning will set you free (John 8:32). Having the demonic deception in our minds and hearts prevent us from fully appreciating the characteristic of God the Father and Jesus Christ. When that happens, we could not fully establish a strong relationship with Them.

Therefore, learn more truths about Jesus and His teachings. Blow off the dust from your Bible and read the scripture by yourself. Don’t let human traditions prevent you from establishing an intimate and close relation to God and Jesus Christ. Learn the truth, live the truth! 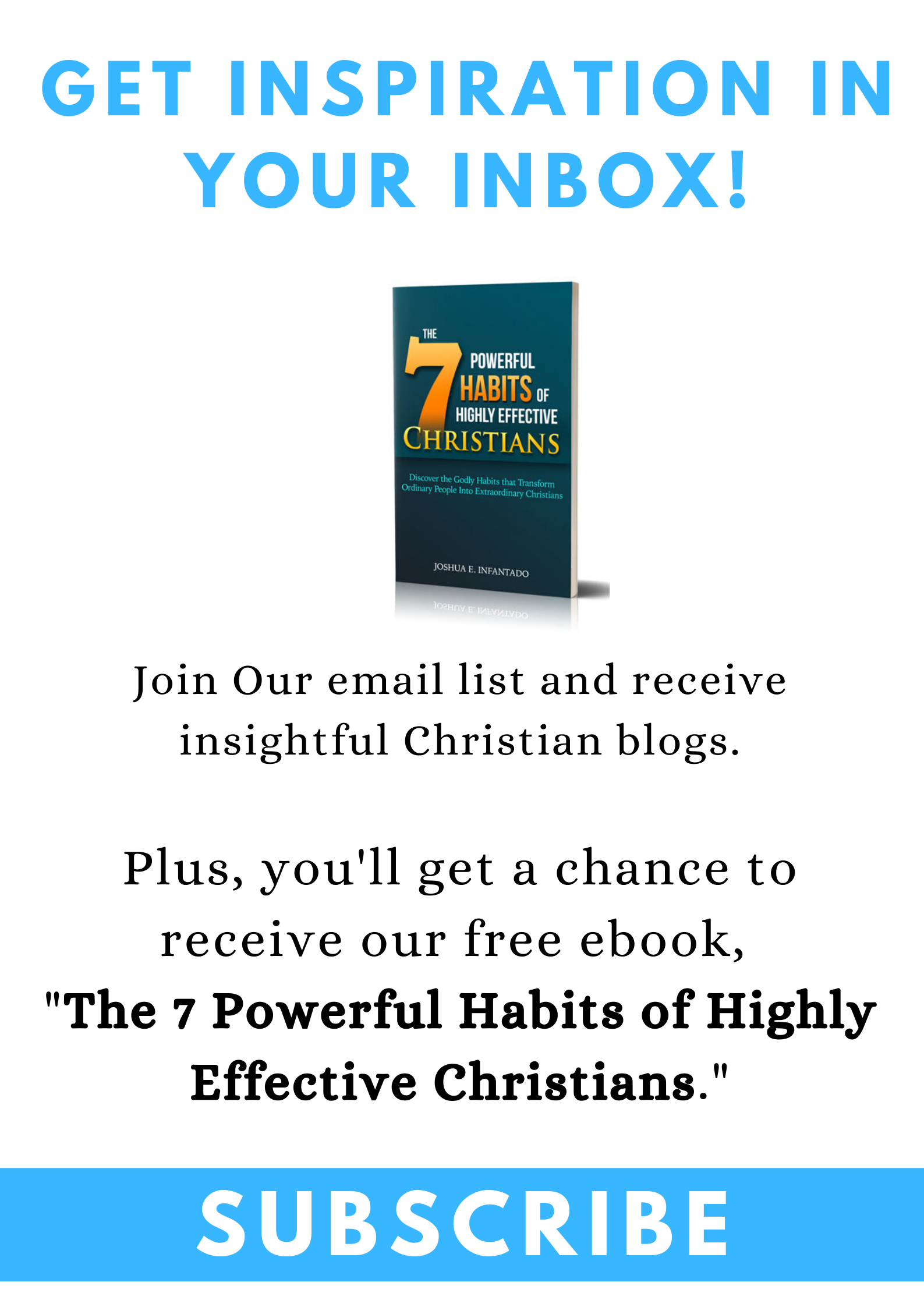