Five years ago, we remember Justin Bieber as the cute, charming, mopped-hair boy who sang the “Baby, Baby” song. But now, he has turned from his innocent image into drunken-driving menace. Just this morning, he was arrested by Miami police for drag-racing with his rented yellow Lamborghini in the palm-lined residential street.

Police later found out that he was smoking marijuana, drinking, and taking prescription drug. He was driving with an expired license and running twice as fast as the city speed limit. During the arrest, Bieber is said to curse officers and had a bad temper. Now, the Miami police had his mug shots posted on the Internet for the entire world to see. He was put to jail and later released after paying the $2,500 fine.

We all have heard of the stories of teenagers who entered Hollywood and turned out to be completely somebody else. I am not really a fun of Hollywood but the story of Justin Bieber is another proof that things can get messy when you are given the many privilege of this life without the right maturity.

Justin Bieber is a multi-millionaire 19-year old kid. He has everything in his disposal. It seems to him that he is invisible and he wants to be somebody in this grown-up world. Slowly but surely, we see him get ear piercing, tattoos and we hear bad news about him vandalizing his neighbor’s house, spitting on someone’s face, kicking a paparazzi, reckless driving, and many others. 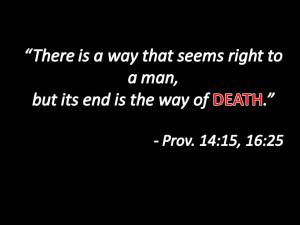 What happened to Justin Bieber?

In my opinion, if you enable young people too much of the good things, they will soon abuse that and turn into something they will regret later. We have heard of Lindsay Lohan, Britney Spears, Charice Pempengco, and others. I know some of you will disagree, but personally, these kids are too young to be given too much power in their hands that they don’t know how to control.

It could have gone worse for Bieber. As he drives under influence of alcohol, what if his car crashes onto another car killing innocent people?

Whatever happened to the PARENTS of Justin? I heard that the parents are on Justin’s payroll. So basically, the people who should be disciplining their child are now powerless because they too are being sustained by their own son.

Slowly but surely, we know where this story will lead him. The saddest part of the today’s headline is that Justin NEVER SHOWED ANY REGRET of what he did! Instead of feeling sorry of the felony he just committed, he went outside, sat on top of his car, and proudly waves to his fans. Even the $2,500 fine did not even move a single inch his conscience.

We live in a society where everyone is doing what seems right in their own eyes. The Bible say something about this:

This passage is repeated twice in the book of Proverbs and similar passages can be found in other places in the Bible. It is clear that God wants to emphasize that we are not to lean on our own understanding, but instead trust in the Lord (Prov. 3:5).

Unless Bieber sees his shortcomings and sin, then there is no hope for repentance and turning to God. Sad to say, Justin Bieber is just one of millions of people making the wrong choices in their lives. This is what happens in a society where they PUSH GOD AWAY from their life, society, country. Dire consequences await those who continue to break God’s Laws.

What Bieber needs is a wake-up call and a strong guidance from his parents or someone who is good in disciplining. If taking all his wealth is what it takes, and then do it. The riches of this world can be deceiving and it corrupts character.

Thankfully, it is never too late for Justin Bieber or any of us. May this world make a 180-degree turn to God and start living His way of life!

Transforming Your Life: The Process of Conversion

Is Something Missing in your Life?

Five Keys to a Happy Life

What Does God Think About Drugs?

2 thoughts on “The Sad Story of Justin Bieber”