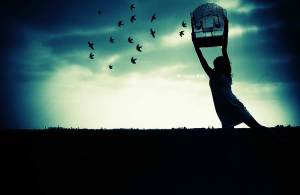 I believe that the most famous Christian hymn, both in English and non-English speaking nations is the Amazing Grace. With almost 1000 of known arrangements and over 3200 recordings, it has proven to be the most sang Christian hymn in the modern world. It is the Christian hymn that has been translated in many languages hundreds of times. The popularity of Amazing Grace transcends churches, religions, creeds, races, beliefs, and doctrines. Now, may I pose the question, what’s so amazing about grace anyway?

Brief Historical Background of the Hymn

Maybe the most profound and interesting part of the hymn is its historical background.

Amazing Grace is traditionally attributed to the English poet and Pastor John Newton. Most of John’s early life spent with little interest in religion. In fact, his primary source of living is slave trade. Before that, he was involuntarily drafted in the Royal Navy and finally ended up with the slave business.

His “conversion” happened during 1748. He had a near-death experience when the vessel he was in was severely battered by a strong storm. It was then he called out to God to deliver them and ask for forgiveness and mercy. As dramatic as that miraculous deliverance was, he still continued with slave trading until 1755. From then on, his life was changed and eventually ordained in the Church of England in 1764.

The Lyrics of Amazing Grace

There is no doubt that as you read the lyrics or sing the hymn, it has its unique way of touching our innermost being. I remember during the 9/11 ceremony, this song was sang. I was deeply moved and almost cried. Here is the lyrics of the song.

Amazing Grace, how sweet the sound,
That saved a wretch like me.
I once was lost but now am found,
Was blind, but now I see.

T’was Grace that taught my heart to fear.
And Grace, my fears relieved.
How precious did that Grace appear
The hour I first believed.

Through many dangers, toils and snares
I have already come;
‘Tis Grace that brought me safe thus far
and Grace will lead me home.

The Lord has promised good to me.
His word my hope secures.
He will my shield and portion be,
As long as life endures.

Yea, when this flesh and heart shall fail,
And mortal life shall cease,
I shall possess within the veil,
A life of joy and peace.

When we’ve been here ten thousand years
Bright shining as the sun.
We’ve no less days to sing God’s praise
Than when we’ve first begun.

The truth about Grace

Now let us go back to our original question, what’s so amazing about grace anyway? What is in grace that it was given so high importance in the human realm that a hymn can actually be transformed to be so popular in the fabric of human life?

Throughout the Bible, the word grace was mentioned 170 times. The Hebrew word of grace is chen while in Greek it is charis. Both in this instance, Strong Dictionary would define these words as unmerited or undeserved favor.

The first mention of grace was in Genesis 6:8:

“But Noah found grace in the eyes of the LORD.”

Within this context, Noah, a righteous man, has found grace or favor in the eyes of God. God, having decided to destroy the whole earth with flood, found Noah as the right person to start the family of the whole earth again. It is note worthy that Noah is a “just man and perfect in his generations” and he “walked with God” (Genesis 6:9). Indeed, this is a remarkable description of a man.

But why did Noah received grace? Is it because he was righteous or he is perfect?

It should be added that Noah is not a perfect person in a sense that he did not sin (as suggested in other Bible translation), but he was habitually obeying God. His way of life is doing God’s perfect commandments and will.

Why do we need God’s Grace?

The penalty of sin is death.

“For the wages of sin is death; but the gift of God is eternal life through Jesus Christ our Lord” (Rom 6:23).

The moment you sin means that you are entitled to the death penalty. That’s it for us.

HOWEVER, since God so loved the world (John 3:16), he wants to save all of humanity by sending His only begotten Son, Jesus Christ. Imagine the magnitude and the tremendous love of our Father towards us that He is willing to sacrifice His Son for sinful and rebellious human being.

This is the GRACE of God.

This is the FAVOR we received from the God family.

This is how AMAZING GRACE is.

It is written… “For all have sinned, and come short of the glory of God; Being justified freely by his grace through the redemption that is in Christ Jesus” (Romans 3:23-24).

All of us have sinned. No amount of commandment-keeping can save us from our sins. Even if we obey and keep the law perfectly today, that will not make up the past sins that we committed. The fact is that we are already counted for the death penalty and eternal damnation. But we are saved by the GRACE of God.

The book of Isaiah even referred to our righteousness as filthy rags. Isaiah 64:6 says,  “But we are all as an unclean thing, and all our righteousness are as filthy rags; and we all do fade as a leaf; and our iniquities, like the wind, have taken us away.” This rag referred to the menstrual cloth used by the women at that time. See how unworthy we are to receive God’s GRACE? Nevertheless, God’s mercy, love, and compassion says we are to change and be saved through His grace.

We don’t deserve the grace of God. It is through the MERCY of God that He gave us favor and love so that we can have the chance to reign together with Jesus Christ at His return.

Wrong use of Grace

Sadly, this world has seen Christianity to twist and pervert the meaning of grace. As early as the ministry of Paul, he has to confront the brethren who use grace as a license to sin.

“What shall we say, then? Should we continue to live in sin so that God’s grace will increase? Certainly not! We have died to sin—how then can we go on living in it” (Romans 6:1-2)?

In other words, people are now using grace as an excuse from keeping the commandments of God. They would dismiss the fact that keeping God’s commandments are still necessary and all they need is to accept Christ in their lives and still keep on sinning.

To understand this further, I would like to present to you this analogy. One day you are driving on a highway and somehow decided to beat the red light. You were caught by the traffic enforcer and presented a ticket. When you get in the court, the judge has given you grace or favor, and told you that you are forgiven.

While you are forgiven by the judge, are you free now to beat the red light as many times as you like? It will be stupendous to think that. Of course, you are still bounded by the law and once you broke the law, you are still obliged to pay the price.

This is basically what Paul is trying to tell the brethren in Rome. He is telling them that you are redeemed by grace and you should stop breaking God’s law.

It is true that we are saved by grace, but it is EQUALLY true that we cannot be saved without keeping the Law of GOD.

Anyone who is trying to fool you that the Law is already done away with and does not apply to us any longer is deceiving you. It is one of the SATANIC DECEPTION that has plagued this WORLD! Sad… but true.

This is the formula for salvation. God the Father is preparing a Kingdom for us. He will grant us eternal life to be spent with Him during His Universal reign. God will not trust His Kingdom and the gift of eternal life to those who don’t even know how to keep His LAW. Guess what, the first thing that we are going to do when Jesus return here on earth is to teach this world HIS LAW!

This is diametrically contradictory to what mainstream Christianity is teaching today. Learn the truth and live the truth.

Ephesians 2:8-10 told us that we are made for good works through the Grace of God.

“That in the ages to come he might show the exceeding riches of his grace in his kindness toward us through Christ Jesus. For by grace are ye saved through faith; and that not of yourselves: it is the gift of God: Not of works, lest any man should boast. FOR WE ARE HIS WORKMANSHIP, CREATED IN CHRIST JESUS UNTO GOOD WORKS, which God hath before ordained that we should walk in them” (Ephesians 2:8-10).

There are multitudes of evidences in the Bible that we are to still keep the Ten Commandments of God. Though we are not deserving of God’ grace and favor, we still need to show ourselves willing to obey and yield to God’s will in our lives.

Again, I want to ask, what is so amazing about grace? The amazing fact about grace is it gives us the opportunity to be part of God’s family in the glorious future even if we don’t really deserve it. The importance of grace is so great that none of us can be saved without it. Truly, grace is amazing, but it should not be used as an excuse to do away with the law of God. The commandments of God are still binding and it is only through keeping those commandments that we can fully grasp and comprehend the magnitude of God’s grace!

Grace: How God Interacts With Us

What does the Bible say about law and grace?

Is God’s Grace an Unconditional Guarantee of Salvation?

One thought on “What’s so Amazing About Grace Anyway? Here is the Truth About God’s GRACE”