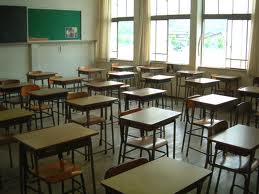 I was a sophomore in college and the second semester had just started. Traditionally, since we have new professors, we need to introduce ourselves but this simple introduction became an open forum for some of us.

No one’s introduction really stood out except for one. It was the turn for my sweet and timid classmate. She was bright and will always talk to you in a soft manner and with a smile. I never knew her that much until that day.

As she began to speak, tears rolled down her face. I can’t understand what she was saying as words mumbled out from her mouth. But those words started to make sense and pricked our hearts.

She told us when she was still inside her mother’s womb, her mother tried to abort her. Her mother took abortive drugs like Cytotec.

Her mother was determined to kill her… but I guess she just clung to her own dear life in her mother’s womb. She didn’t let go and because of that, we have a friend named Maria (Not her real name).

A year later, out of curiosity, I asked a classmate of mine what was her mother’s job since her father died. And remember, that same classmate was in the same room when Maria shared her life with us.

She answered an answer that I would never forget. She said, “My mother is an abortionist”. I was stunned. I did not know how to react.

Hundreds of thoughts ran through my mind. How could a person make a living out of killing unborn children? How does that person ever managed to sleep every night? Was he or she not disturbed by the grotesque and horrible images of lifeless and sometimes, dismembered unborn babies?

But all those questions never came out my mouth. I just nodded my head in disbelief. At that very moment, it occurred to me, ABORTION is real.

Life is precious… and yet many so-called educated and intelligent people rationalize that abortion is a basic right of every woman. They throw themselves everywhere in courts, in Congress, in the Senate, in the government… talking big, walking tall and proud of themselves thinking that they are making the human race a favor.

A matter of life and death

What if at this very moment someone is facing a decision if you are going to live or not? The decision depends on her. You cannot do anything about it. What would you feel?

And yet thousands of babies are currently in that position. The decision maker? It’s their mother.

As I’m writing this article, right at this very moment, every SECOND, 1500 babies die because of abortion. That is just every second. Now, stop and think about it… a simple mathematics would help us arrived at the conclusion that every month there is approximately 1, 237,000 babies being sucked out from their mother’s womb… These are a staggering and sobering figure.

I could not even imagine these things. It is not just dry and cold facts, they are here so real in our society and all around the world.

All those babies, GONE.

All those potentials, GONE.

All those precious lives, GONE.

Never to be seen again; all these because they are either unwanted or just accidents.

According to a pro-abortion institution in New York, 54 countries allow abortion which is about 61 percent of the world population. These countries include France, Britain, Switzerland, Denmark, Hungary, Romania, Italy, Russia, United States, China, Australia, Brazil and many others. 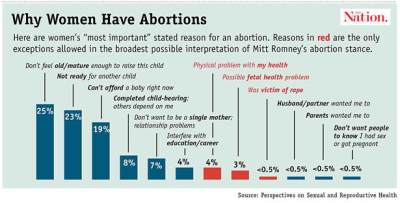 Many people consider that every woman has the right to their own body even if it means killing their unborn child.

When did it start that it is a right for a human being to kill another person?

Many of the motives of these women are just for CONVENIENCE’S SAKE! I mean this is madness, inconceivable!

Is life so precious and so dear that it has to be purchased with the lives of millions of unborn babies? Is the convenience of these women greatly outweighs the life of their child?

Many argue that women have the right to an abortion if that soon to be baby is a product of rape or incest. What a pathetic reason. Women should not direct their anger to their babies.

Please, they are innocent. The same as you, they did not want that traumatic event to happen. So don’t kill your baby just because of this feeble reason. 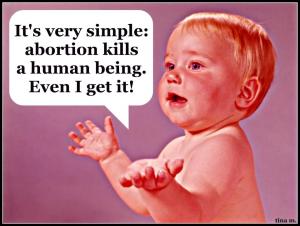 Another argument is that the baby is unwanted… it is sad how a precious tiny baby can be unwanted by many. They say that rather than letting them live a miserable life, it would be better to kill it.

Those people who are thinking that they can go away with abortion unscratched are making the biggest mistake of their lives.

Make no mistake about it. The spiritual law that was set in motion will bring swift justice. The evil that you have spawned will hunt you down until you can no longer run away. 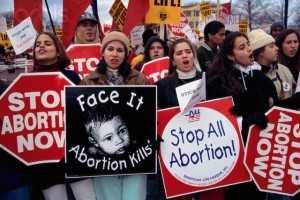 Open your eyes. Open your minds. It is not a fetus that’s inside you, it is a baby with a full potential of becoming the greatest of this age. Please do not destroy this hope inside you. Abortion is not and will never be an answer to our problems.

RISE UP! Take a stand! Be the voice of these unborn children. SAY NO TO ABORTION AND SAY YES TO LIFE.

2 thoughts on “Putting an End to Disposable Babies”